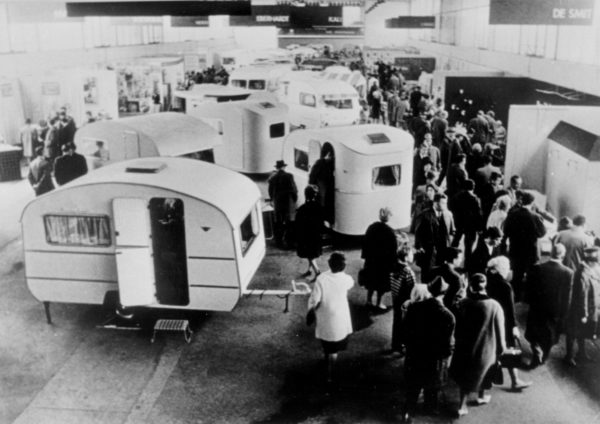 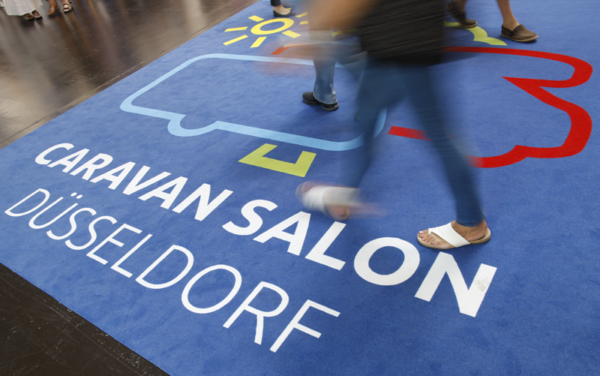 Even after 60 years, CARAVAN SALON is as vital as ever. It shows what the industry is talking about, what will move it in the future and where the journey is going technically. It informs and entertains, it brings friends and competitors together and thus becomes what it has been for six decades now: a large family and industry meeting and the centre of the worldwide caravanning world.

Since the first CARAVAN SALON was held in 1962 at Messe Essen, the development of the world’s leading trade fair for mobile leisure, now permanently held in Düsseldorf, has been impressive.

The CARAVAN SALON DÜSSELDORF in 2019 attracted over 270,000 caravanning enthusiasts. They were shown caravans and motorhomes, accessories, extension components, tents and travel destinations by 645 exhibitors from 31 countries, who occupied space of around 214,000 square metres in 13 halls and open grounds.

“Right from the start CARAVAN SALON was conceived as a new products and innovations event. It now plays this role not only for the premieres of the new generation of vehicles, but also for all important innovations in the supplier and accessories industry. This is also reflected in the sharp increase in the number of trade visitors from all over the world, making this fair the only international event in the industry. The CARAVAN SALON was and is the most important indicator for trends in the caravanning industry," says Stefan Koschke, Project Director of the CARAVAN SALON. 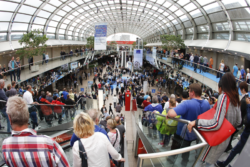 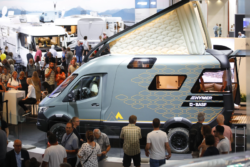 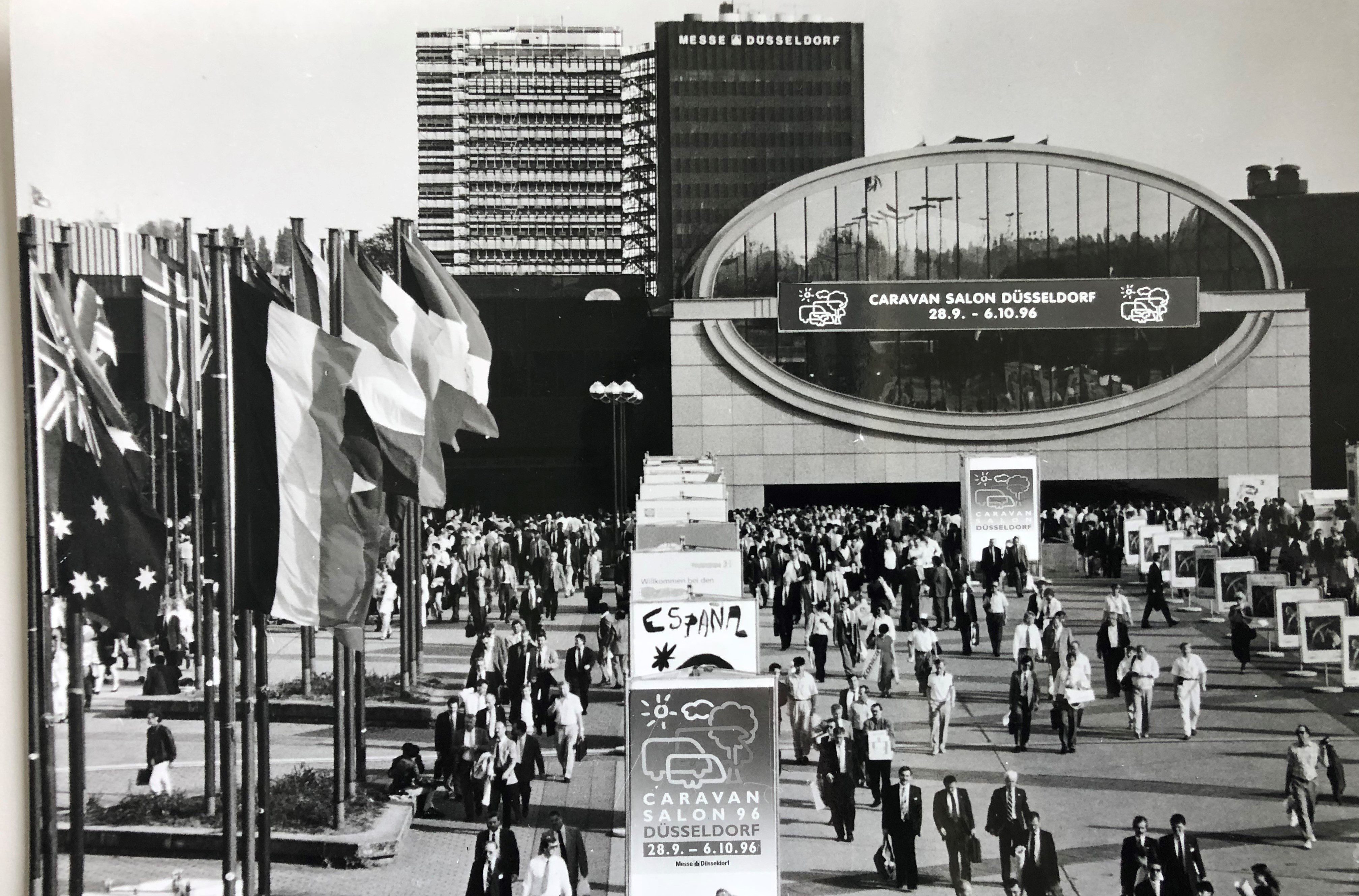 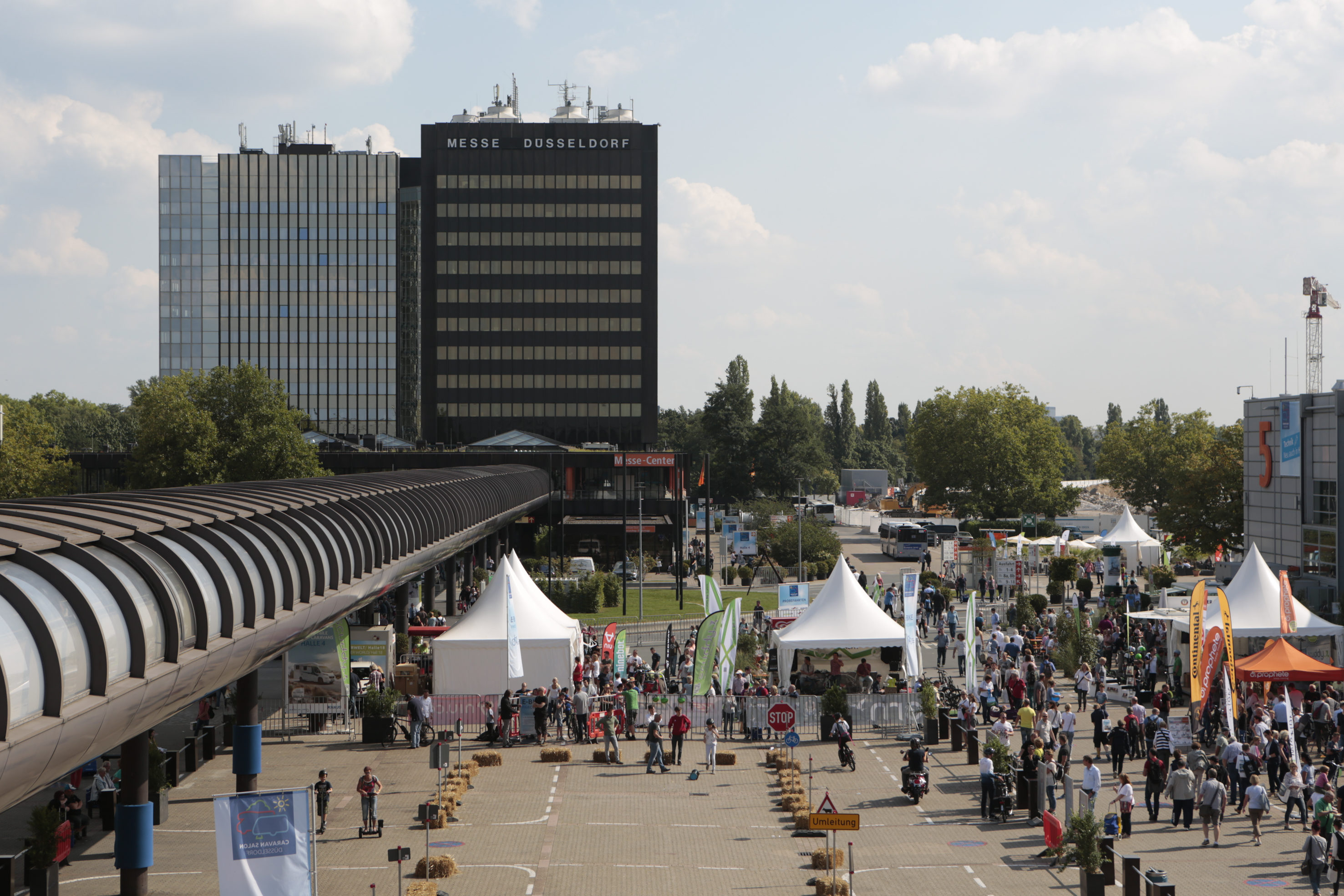 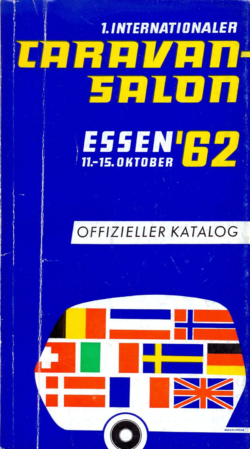 In 1962 the first CARAVAN SALON, which was initiated by the industry and retail as their own autumn trade fair, lasted five days.

The response to the new trade fair was so good, that after the second event was held in 1963, which also lasted five days, it was already regarded as the largest European event of its kind. Almost all the standard European caravan models were represented, and in total there were around 250 caravans and mobile homes on display.

In 1964 the trade fair’s duration was for the first time extended to 9 days and two weekends. At this, the third trade fair, a considerable number of foreign visitors were already registered.

In the years that followed the visitor figures at CARAVAN SALON increased further and the exhibition space was also extended to include two halls. In addition, the trade fair became more attractive: the product range (and interest) in accessories grew, an increasing number of exhibitors did not simply present lines of caravans, but instead showed affectionately-decorated stands.

At the 10th CARAVAN SALON in 1971 the number of visitors reached the 100,000 mark for the first time, in addition personal patronage was assumed by Federal Minister of the Interior Genscher. 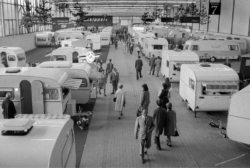 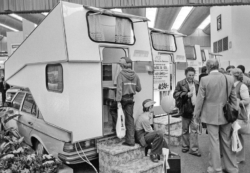 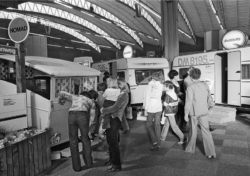 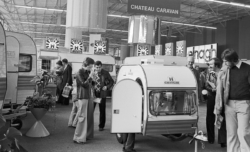 In the following years, CARAVAN SALON continued to record growing exhibitor and visitor numbers, which was mainly due to the up-and-coming motorhomes. After the tenth CARAVAN SALON it was already foreseeable that motorhomes would play an increasingly important role. In 1972 motor caravans, as they were called at that time, already occupied more than one third of the exhibition space.

Although the trade fairs held in 1974 and 1975 were characterized by the recession and oil crisis, the industry which had previously enjoyed constant growth saw itself confronted with uncertain customers for the first time, but emerged from the crisis almost unscathed, while interest in caravanning remained stable and the quality and fittings of the vehicles continued to increase.

At the 20th CARAVAN SALON in 1981 the sector experienced a difficult phase due, among others, to increasing oil prices. As a consequence of this, in 1981 in Essen, the manufacturers presented an unprecedented range of model diversity in the medium caravan category between 800 and 1,200 kg with the aim of saving petrol.

Record camper numbers in the early 1980s, new, larger halls and a direct underground connection to the Essen exhibition centre enabled CARAVAN SALON to expand further up to its 25th anniversary in 1986. CARAVAN SALON continued to change from a pure sales exhibition to an experience fair all about mobile holidays.

In 1993 the largest change in the history of the CARAVAN SALON was about to happen: with its growing significance and the increasing desire for more exhibition space, CARAVAN SALON in Essen had finally reached its limits. In a joint press conference, the VDWH, Messe Essen and Messe Düsseldorf announced that CARAVAN SALON would be moving to Düsseldorf as of 1994. 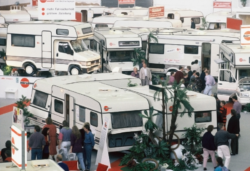 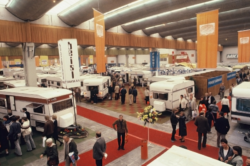 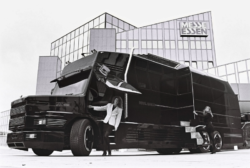 In 1994, apart from a completely changed layout structure, the move to Düsseldorf also involved several other changes. The largest change and the one which received the most praise, was the setting-up of the Caravan Center by Messe Düsseldorf. This, the trade fair’s own parking area, with more than 1,000 spaces and an optimum infrastructure in the northern section of the exhibition premises, enjoyed increasing popularity down the years and has an out-and-out fan following within the sector today. 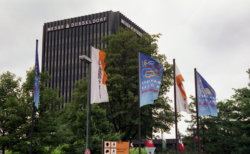 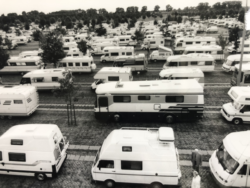 Thanks to new basic vehicles, for the first time in Düsseldorf a completely new generation of vehicles was on display. The sector did not experience a comparable change of models until the 45th CARAVAN SALON in 2006. Apart from the chassis, a lot of things also happened in the vehicles themselves in the years that followed: their design became fresher and younger, more modern and bright, while the independence and flexibility of the caravans themselves also increased through their own electricity supply and water tanks.

During this period CARAVAN SALON DÜSSELDORF was also continuously further developed, there was, however, no more significant change until the 40th Salon in 2001, when the date of CARAVAN SALON was set for the end of August/early September and the trade visitor and press day was introduced ahead of the first general public day.

The trade fair and range of services provided by Messe Düsseldorf also continued to adapt to the needs and requirements of the caravanning community. In this context, in 2001, the CARAVAN SALON Club was founded, which also developed into a success story: in 2007 the club already welcomed its 100,000th member (at the beginning of 2021, Messe Düsseldorf already welcomed more than 202,000 Club members). 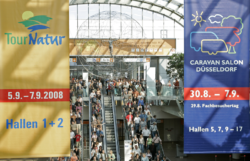 In 2008 a further event impressively underlined the significance of CARAVAN SALON DÜSSELDORF for the international caravanning industry: for the first time the CIVD organized a caravanning world conference aimed at improving the exchange of information and contacts between the worldwide caravanning markets.

Be it in the entertainment programme for the trade fair visitors, which in 2009 was complemented by a popular new element in the shape of the Caravaning Show-Center, focusing attention on special caravanning trips and arousing people’s desire for faraway places, or in the presentation of current sector themes and trends such as for example the theme of Green Caravaning in 2010. 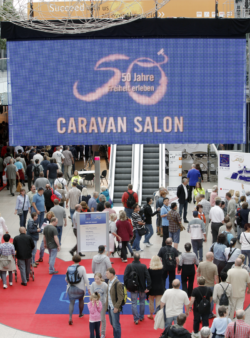 In 2011, the CARAVAN SALON celebrated a round birthday and those responsible could not have wished for a better present: Fittingly for the 50th anniversary of the trade fair, the world's largest trade fair for motorhomes and caravans experienced the best-attended event in its history up to that point, with 179,000 visitors.

Since 2015, independent experts have been informing first-time visitors and newcomers in particular about important know-how on caravanning practice in the "StarterWorld". The professionals give tips and recommendations on vehicle types, travel routes, technical equipment and accessories or the right choice of campsite.

In the following years, the CARAVAN SALON grew continuously and thus underlined its high relevance for the industry as a business platform and at the same time as a place of experience for the whole family. In 2015, a magic mark was broken for the first time with more than 203,000 visitors. 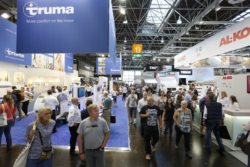 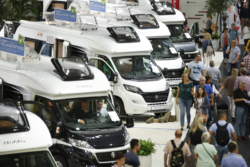 The hall structure in Düsseldorf has also been adapted several times to the increased demand. In 2017, a second hall for technical accessories was opened, thus significantly expanding the range of interior parts, installations and technology.

The increased interest in caravanning as a form of holidaying led to one visitor record after another being set in subsequent years, with over 270,000 fans of mobile leisure making the pilgrimage to Düsseldorf in 2019.

The year 2020 was dominated by the Corona pandemic. The necessary hygiene and safety requirements and a daily visitor maximum did not make the general conditions for holding a trade fair easy. With 107,000 visitors, the CARAVAN SALON impressively proved in this exceptional year that caravanning as a form of holidaying inspires people and that trade fairs can also be held successfully in times of Corona. 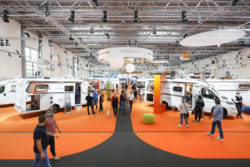 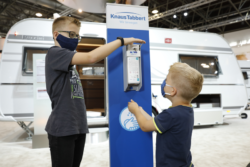 The 60th CARAVAN SALON Düsseldorf will be held from 27 August (trade visitor and media day) to 5 September 2021.